(BISMARCK, ND) – There’s a good chance Kevin Cramer is “irked,” “rankled” and “frustrated” again today. Just after he whined to the White House about their cooperation with Senator Heidi Heitkamp, President Trump thanked her for her work across the aisle to bring relief to community banks and credit unions. 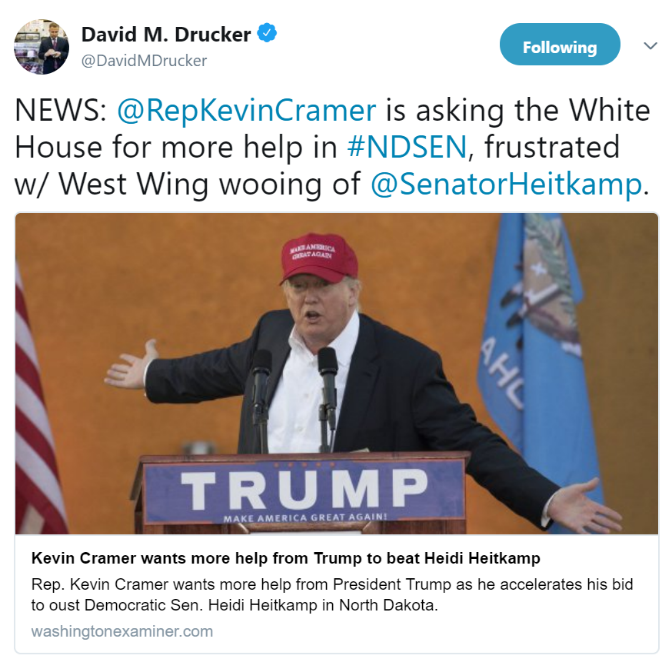